Terry Greer spent six seasons with the Toronto Argonauts and left his mark becoming the first receiver in pro football to record 2,000 receiving yards in a season in 1983. Greer was select by the Los Angeles Rams in the 1980 National Football League Draft, out of Alabama State University, but decided to start his career in Toronto.

Greer was recognized as a CFL All-Star in 1982 and 1983, and was selected as an Eastern All-Star for four consecutive seasons from 1982 to 1985. He played on the Argonauts’ Grey Cup winning team in 1983, which gave the team’s long-suffering fans  their first championship since 1952.

During his time in Toronto, Greer recorded four straight 1,000-yard receiving seasons from 1982 to 1985 and left the Canadian Football League with 404 receptions for 6,817 yards, an average of 16.8 yards per catch and 47 touchdown catches.

In 1982, Greer’s production took off as he recorded the first of his four consecutive 1,000 yard seasons as the Argonauts reached the Grey Cup final only to lose at home to the Edmonton Eskimos who won their fifth consecutive championship. In 1983 Greer had a year for the ages with 113 catches for 2,003 yards, averaging 17.7 yards per catch and 8 TD’s. Greer averaged 1,136 receiving yards per season, in his six CFL seasons, which is sixth all-time.

He received the Jeff Russell Memorial Trophy as Most Outstanding Player in the Eastern Division in 1983, and finished runner-up to Edmonton quarterback Warren Moon (inducted Canadian Football Hall of Fame, 2001) for the League Award.

Greer left Toronto for the NFL in 1986, playing with Cleveland Browns (1986), San Francisco 49ers (1987 to 1989) and Detroit Lions (1990). He was on San Francisco’s 49’ers Super Bowl winning teams; Greer has two Super Bowl rings and a Grey Cup ring, the first player in pro football history to win both championships. 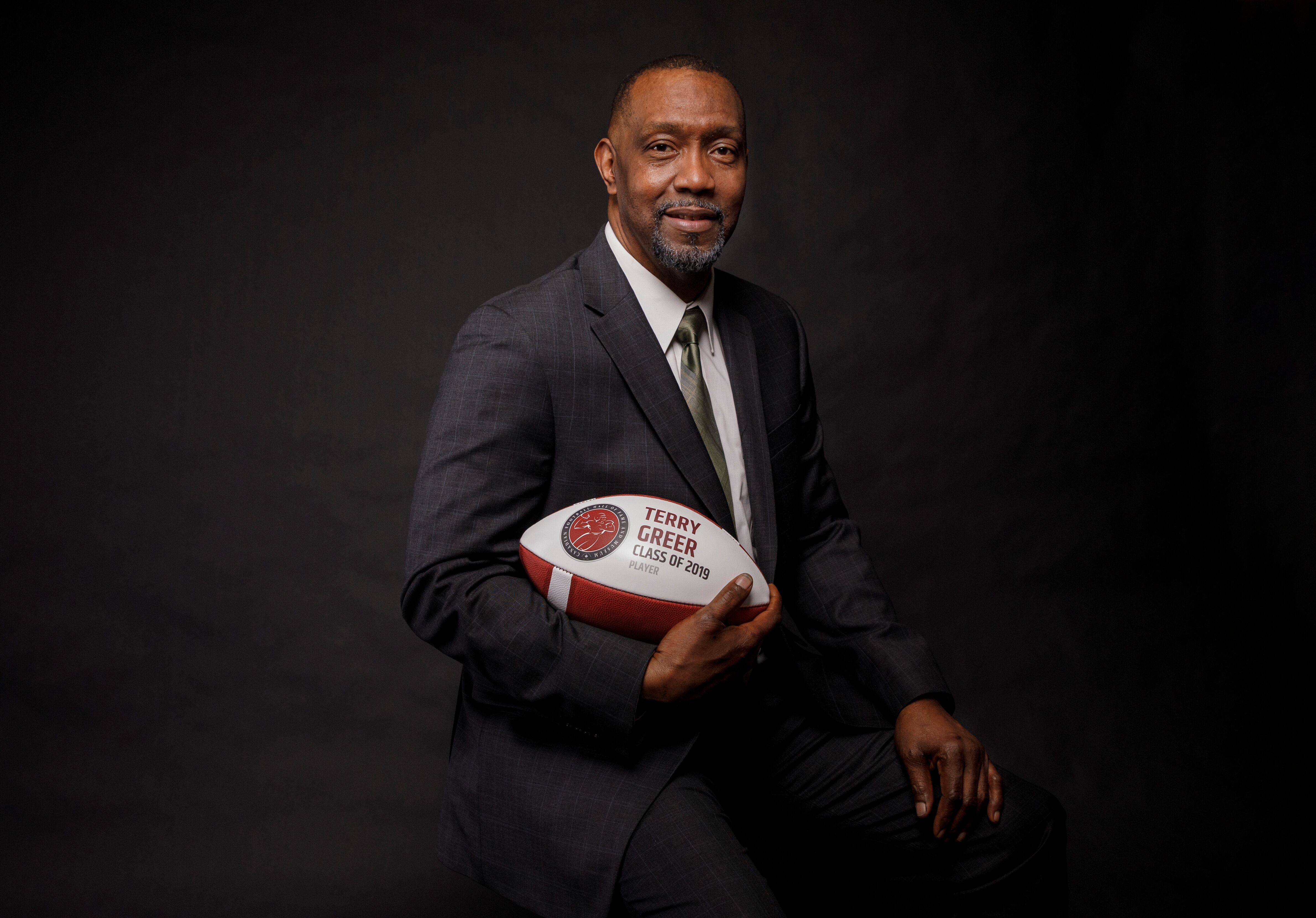