Jon Cornish, from New Westminster, B.C., played running back at the University of Kansas and went on to enjoy a stellar nine-year Canadian Football League career, all with the Calgary Stampeders.

Cornish was the recipient of the Lou Marsh Award in 2013, as Canada’s Male Athlete of the Year. He was the fourth Canadian football player to be recognized for the honour and the first since Russ Jackson in 1969. The Lou Marsh Trophy was first presented in 1936.

During his nine seasons with the Stampeders, Cornish was selected as a Western All-Star for four straight seasons from 2011 to 2014 and was a CFL All-Star three straight years from 2012 to 2014.

Cornish finished his career as the fourth-leading rusher in Stampeders history with 6,844 yards. His final career numbers were 1,026 carries with an average of 6.7 yards per carry, 44 touchdowns along with 1,666 receiving yards and nine touchdowns and 8,510 total yards from scrimmage.

Cornish broke fellow Canadian Football Hall of Fame inductee Normie Kwong’s 56-year-old single-season rushing record for a Canadian with 1,457 yards in 2012. He then broke his own record the following year with 1,813 rushing yards. 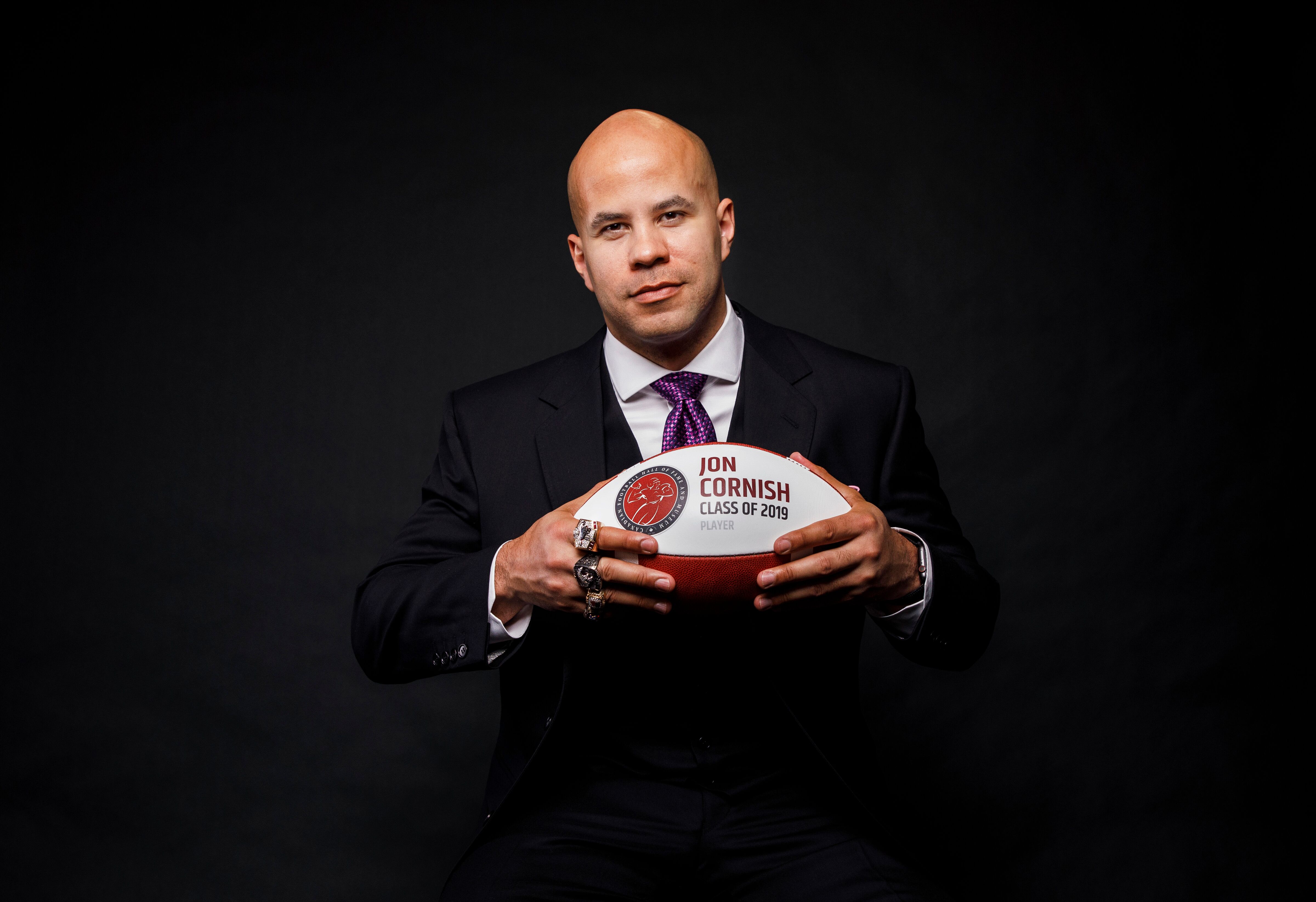