David Williams came to the Canadian Football League after two seasons in the National Football League and a productive career at the University of Illinois. Williams became the first player to win the CFL’s Most Outstanding Player Award in his initial season, which was in 1988.

Williams won the CFL’s Most Outstanding Player in 1988, when he led the league in receptions 83, receiving yards 1,468 and touchdowns 18. His 18 majors tied the TD record by a receiver and was the sixth highest total by any CFL player at that time. His 18 receiving TD’s in 1988 were still tied for the fourth best single season total as of the end of 2018. Showing he had a knack for finding the end zone Williams led the CFL in 1993 in receiving TD’s with 15, when he was with Winnipeg.

Williams played at Illinois from 1983 to 1985 and was consensuses two-time First-team All-American. In 1984, Williams led all NCAA Division I receivers with 101 receptions, 1278 receiving yards, and 9.2 receptions per game becoming the second player in NCAA history to have more than 100 receptions in a season. Williams finished his collegiate career as the second leading receiver in NCAA history. He was inducted into the College Football Hall of Fame in 2005. 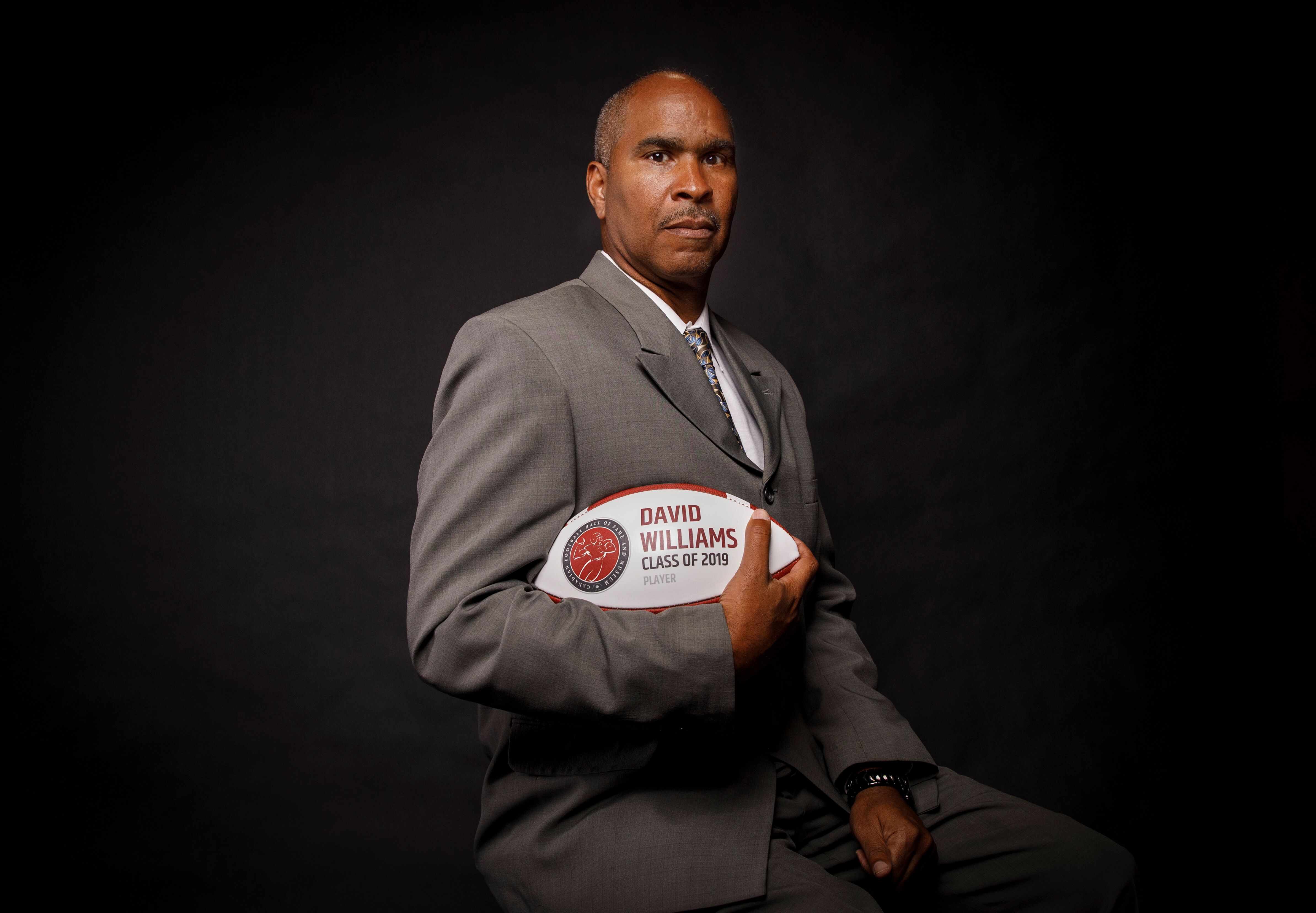