Frank Smith had a legendary coaching career at the University of British Columbia, spending 21 seasons at the helm from 1974 to 1994, winning two Vanier Cups.

Smith won the Frank Tindall Award as Canadian Inter-university Athletic Union Football Coach of the Year in 1978 and 1987. He won the Bob Ackles Life Time Achievement Award in 2008 and was inducted in the British Columbia Sports Hall of Fame in 2017.

He holds several UBC football coaching records including Most Seasons Coached (21), Most Victories (126), Most Consecutive Victories (22), Most Points in One Season (466). A total of 47 players from Smith’s time as Thunderbirds football coach went on to play in the Canadian Football League.

Smith played at Olympic Junior College and the University of Washington before the Calgary Stampeders offered him a contract in 1953. He played four CFL seasons with four teams as an undersized 185-lb lineman, helping Edmonton to the 1954 Grey Cup championship.

He was also involved as a Guest Coach at 11 training camps including time with the B.C. Lions, Edmonton Eskimos, and Saskatchewan Roughriders. Smith closed out the 1990’s by serving six seasons as an assistant coach with Saskatchewan and B.C. in the CFL. 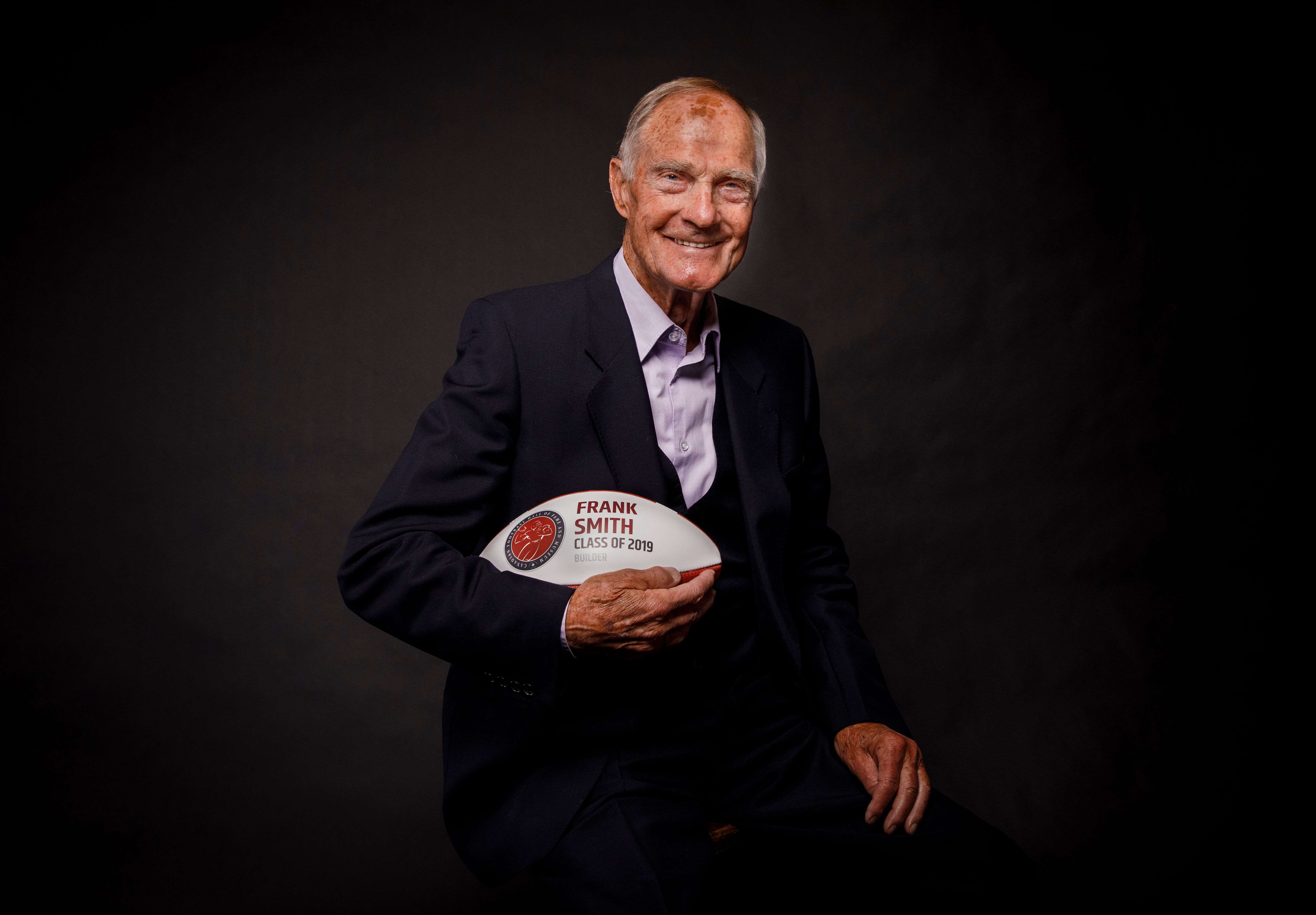