After playing college football at the Colorado State University, Less Browne signed as a free agent with the Hamilton Tiger-Cats in 1984. Browne spent five stellar seasons with the Tiger-Cats, twice being named All-Eastern and All-Canadian.

In 1989, Browne joined the Winnipeg Blue Bombers continuing his incredible playing career. In 1990, Browne set a league record for most interception return yards with 273 yards. A record he still held at the time of his induction. 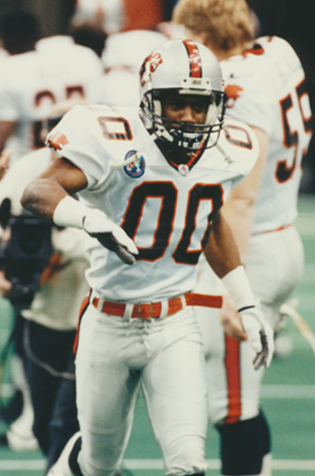