Prior to joining the CFL, Jack Abendschan played football with the University of New Mexico where he was a three year starter and twice named All-Conference. Abendschan joined the Saskatchewan Roughriders in 1965, as an offensive guard and placekicker.

Jack Abendschan played in four Grey Cup games and was a member of Saskatchewan’s first Grey Cup championship in 1966. He is also a member of the Roughriders Plaza of Honour and the University of New Mexico Hall of Honor. 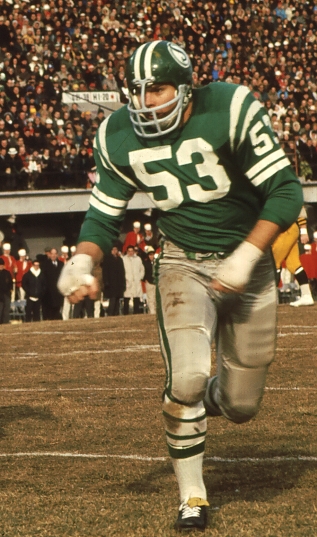