Peter Connellan is one of the most successful coaches in history at the University of Calgary and in Canadian Interuniversity Sports. He had an overall regular season win-loss record of 70-32-2 and has never coached a team with a losing record.

Connellan was interim coach with the University of Calgary Dinos in 1977 and led the team to a conference title. He became the full-time head coach for the team in 1983 and coached them to a Vanier Cup Championship over Queen’s that year. During his 13 years as coach, the Dinos won eight Canada West Championships and four Vanier Cups. Connellan announced his retirement after the team’s 1995 Vanier Cup victory. This victory made Connellan the first coach in CIAU history to win four Vanier Cup Championships. He won the Frank Tindall Trophy for CIAU Coach of the year in both 1977 and 1985.

Peter Connellan was the recipient of many coaching awards for his work at the University of Calgary, as well as for coaching at the high school level earlier in his career. Some of these awards include the Norm Kimball Award, Alberta Sports Council Provincial Coaching Recognition Award, and the 3M Canadian Coaching Association – Male Coach of the Year. He is also an honoured member of the Alberta Sports Hall of Fame and the University of Calgary Hall of Fame. 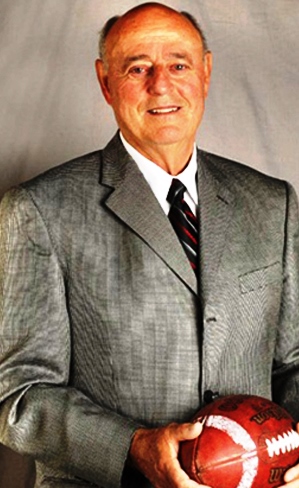