Tom Hugo is unique in Canadian Football League history in that he played seven seasons for the Montreal Alouettes, yet earned 12 All-Star selections in his career.

An import player from Honolulu, Hawaii, Hugo arrived in Montreal after starring at the University of Denver. He excelled in each of the seven seasons he played in Montreal, from 1953 to 1959, being named an East All-Star at Centre in all seven seasons he played. Hugo played on both sides of the ball and also lined up regularly on defense, earning five straight East All-Star selections as a linebacker (1954, 1955, 1956, 1957, and 1958).

As a linebacker, Hugo compiled 25 interceptions in his final six seasons, including nine in 1958 to lead the East. He also returned two interceptions for touchdowns in his career.

Hugo was also used on special teams as a kickoff returner. In 1956, he returned seven kicks for 116 yards, averaging 16.6 yards per return.

In 1958, Montreal fans voted Hugo the recipient of the Lord Calvert Trophy as the Alouettes’ Player of Distinction.

When his playing days were over, Hugo returned to Hawaii and coached high school and amateur Pop Warner football for many years. He was a charter member of the Hawaii Sports Hall of Fame in 1978. 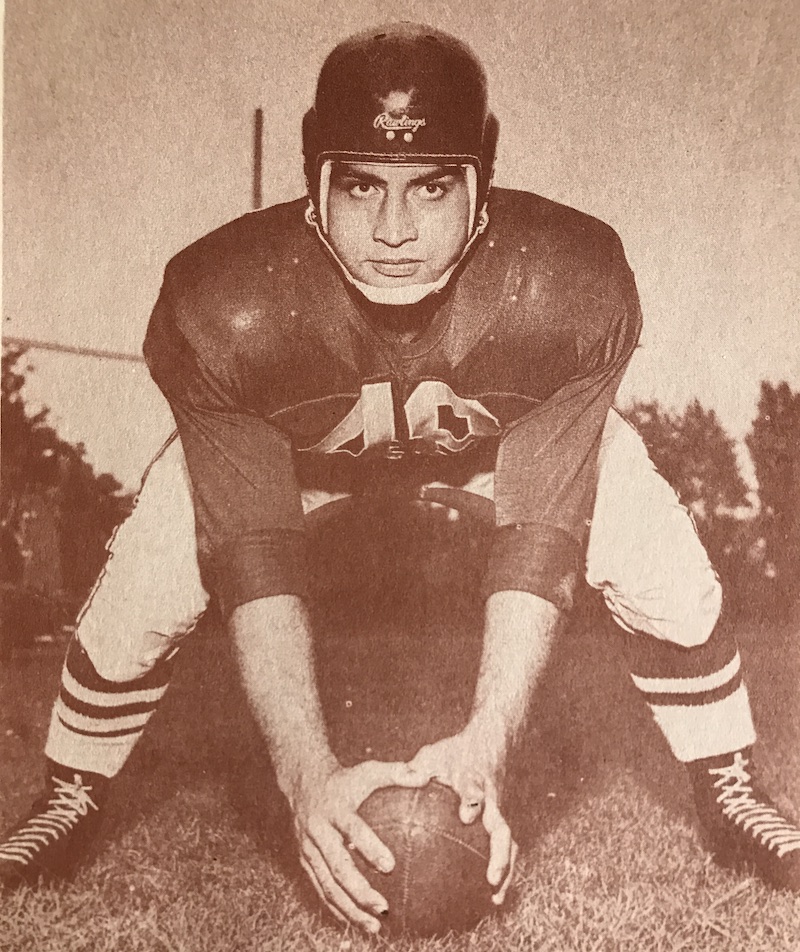