Paul Brûlé dominated Canadian university football in the 1960s like no other before or since, setting single-game, single-season and all-time scoring records that still exist more than 50 years later.

Born in Montreal, Brûlé arrived at St. Francis Xavier University in Antigonish, N.S. and began putting up unprecedented numbers as a fullback while also lining up as a defensive back.

In 1966, his third season, he became the first player in Canadian university history to surpass 1,000 yards rushing in a season, compiling 1,103 yards in just six games. He also set a single-season record with 20 rushing touchdowns and 120 points while leading the X-Men to a Vanier Cup championship.

The following year, 1967, he broke his own single-season records with 25 overall touchdowns, and 150 points. Eight of his touchdowns came in a single game, also a record – seven rushing majors and one on a punt return, to give him a record 48 points in one game.

Brûlé went on to play five CFL seasons with the Winnipeg Blue Bombers and Montreal Alouettes, earning a West All-Star selection in 1970 as a defensive back, when he racked up nine interceptions. 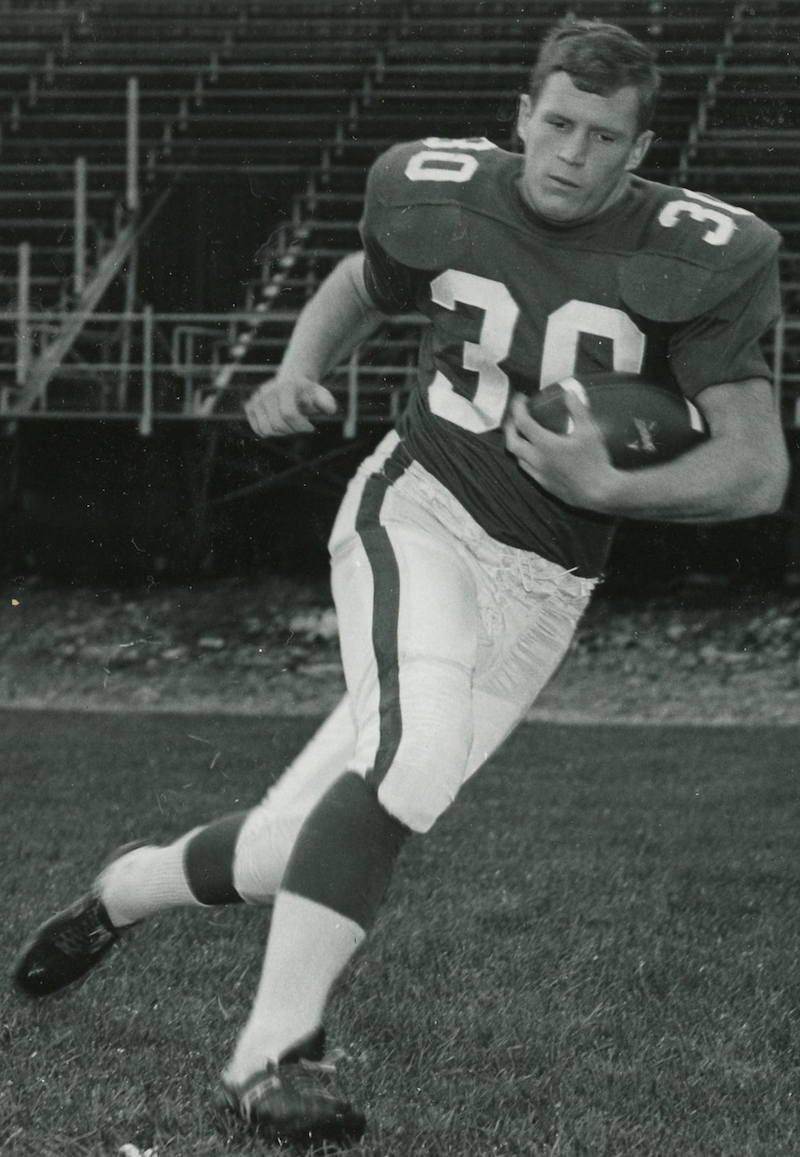