Frank Cosentino enjoyed more than his share of success as a star quarterback on the football field, but the Hamilton native’s contributions as a coach, teacher, author and builder in his post-playing days made just as significant an impact on Canadian football.

After winning high school championships with Hamilton’s Cathedral High School in the mid-1950s, Cosentino led the University of Western Ontario to two Yates Cup championships in 1957 and 1959, winning a national championship in the final game of 1959 before graduating with a business administration degree in 1960.

After being taken with the Hamilton Tiger-Cats’ first draft selection in 1960, Cosentino went on to enjoy a 10-year career in the CFL, helping Hamilton to five straight Grey Cup games from 1961 to 1965, winning championships in 1963 and 1965. He later suited up for both the Edmonton Eskimos and Toronto Argonauts, posting a winning record each season.

As head coach at the University of Western Ontario from 1970 to 1974, he led the Mustangs to Vanier Cup championships in 1971 and 1974, winning nine of 10 playoff games during his tenure at Western. Moving on to York University in 1978, Cosentino inherited a team that had not won a game in two years and led them to three consecutive seasons of .500 or better, winning the inaugural OUAA Coach of the Year award in 1978. Cosentino led York to its first two post-season appearances in 1984 and 1985.

Cosentino also authored 17 books on the history of sports in Canada, including three on the history of the Grey Cup and some of the teams that have competed. Among many honours received, he has been recognized with contribution awards from the Ontario Amateur Football Association, the Canadian Amateur Football Association, and the CIAU. Frank is also a member of the York University Sports Hall of Fame (2017), Western University Sports Hall of Fame (1982) and is a member of the OUA Hall of Fame. 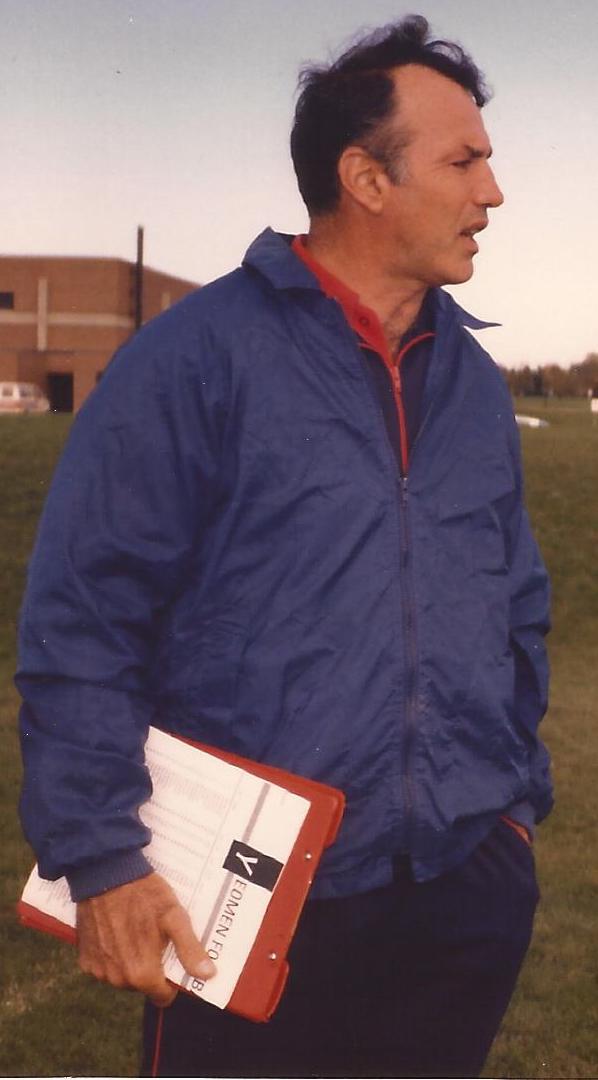