Marvin Luster played university football at UCLA, and was the outstanding player of the game in the 1961 All-American Graduation Bowl.

Luster was an excellent player on offence and defensive, winning all-star honours at both positions. During his first five seasons, Luster caught 113 passes for 1,963 yards and 11 touchdowns.

Toronto coach Leo Cahill said, “Experts don’t always notice what luster does for us . . . He calls our defensive signals and has a great attitude . . . He’s absolutely one of the finest players in the country.”

Marvin Luster finished his career with a Grey Cup victory with the Montreal Alouettes over the Edmonton Eskimos in 1974. 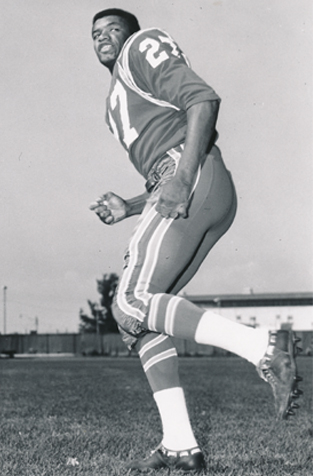