Ken Newans was born in Rouleau, Saskatchewan, tried teaching school, and then started a long and rewarding sportscasting career. Newans started in Moose Jaw, then Regina, then Calgary in 1968 and became sports director at CFCN-TV in 1971.

Newans liked the job so much he kept it for over 20 years. He was very involved with club promotional activities during the 12 seasons he did Stampeders play-by-play and later became the Public Announcer voice of the Stampeders.

Ken Newans was inducted into the Football Reporters of Canada section of the Canadian Football Hall of Fame and Museum in 1991. 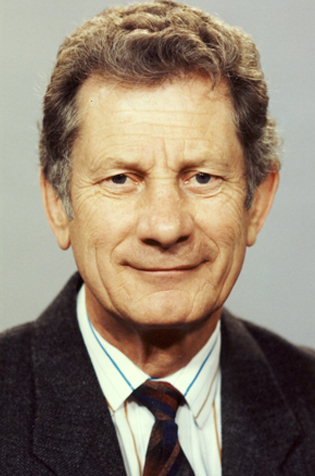