W.T. (Tom) Hinton was an excellent all-around athlete, achieving honours in track and field as well as football at Louisiana Polytechnic Institute.

Hinton was a fast, agile, and aggressive guard who made the All-Star team in his rookie pro season. In both 1958 and 1959 he was BC’s nominee for the Schenley Award for Most Outstanding Lineman, and in the latter year was also nominated for the Most Outstanding Player award. In 1966, Hinton was the fans’ choice for “Most Popular Player”.

Hinton was inducted to the BC Lions’ Wall of Fame and is a member of the BC Sports Hall of Fame in the team category for being part of the 1964 Grey Cup winning team. 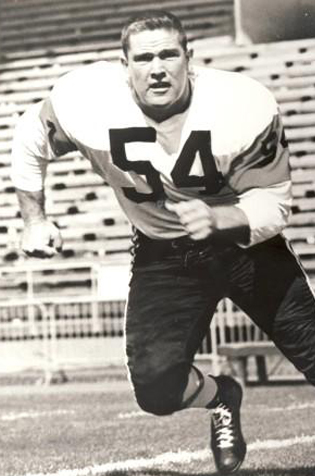