Fred got his start in broadcasting in 1951 at Toronto radio station CKFH but made his mark nationally when he joined the CBC in 1957.

He worked in both radio and television and covered virtually every sport played in Canada. Fred’s broadcasting career spanned three decades and during that time “Scooter” Sgambati provided play by play descriptions of seventeen consecutive Grey cup games.

In addition to being one of the busiest and most recognized sportscaster of his day, Fred was also a tireless volunteer for many charitable organizations.

Fred Sgambati was inducted into the Canadian Football Hall of Fame and Museum, Football Reporters of Canada wing in 1989. 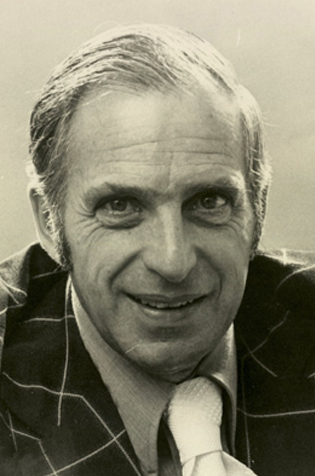