Harold “Ted” Urness played football with the Regina Rams before attending the University of Arizona. He won the Governor’s Trophy as Most Outstanding Player in 1960, his final year.

In Saskatchewan, Urness was solid at the guard and tackle positions, but it was at centre that he really shone. The powerful offensive line opened lanes for premier running backs George Reed and Ed Buchanan.

In 1965 and 1966, Ted Urness won the Stack Tibbits Award, presented to the Most Valuable Canadian on the Roughriders. In 1968, he was runner-up for the Schenley Outstanding Lineman Award. 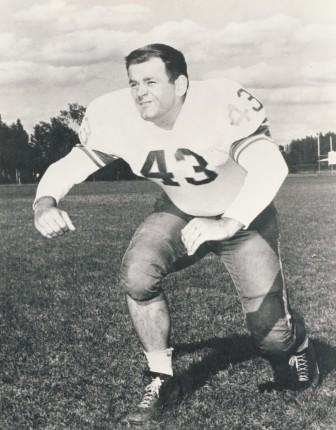