After attending the University of Colorado, Bill Symons was acquired by the BC Lions in 1966. Symons spent 10 games as a halfback with the Lions before being traded to the Toronto Argonauts.

During his seven seasons with Toronto, he played 92 regular season games, 11 playoff games and 1 Grey Cup game in 1971. Outstanding seasons in 1968 and 1970 garnered him numerous awards. He was the leading rusher in 1968 with 1,107 yards on 164 carries for nine touchdowns. During the 1970 season, Symons rushed for 908 yards on 170 carries for six touchdowns. He still holds the record for longest rushing play in the playoffs: 100 yards.

Bill Symons had the distinction of being the Argonauts’ first Schenley award winner when he took home the Outstanding Player award in 1968. 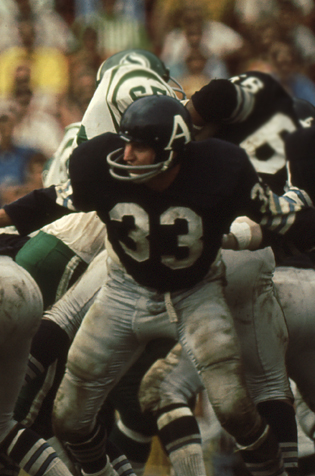