The lineman hailing from Montana State University became one of B.C.’s most beloved players.

A British Columbia native, Al Wilson began his 15 year career as a guard, then centre, with the Lions in 1972. The highly respected offensive lineman was well known for his sure snaps and tough blocking. He played in 167 consecutive games before suffering a knee injury which ended the season for him.

He returned to the gridiron for the 1983 season which culminated in his first trip to the Grey Cup. He did not come home with the coveted ring until 1985, a year before his retirement. 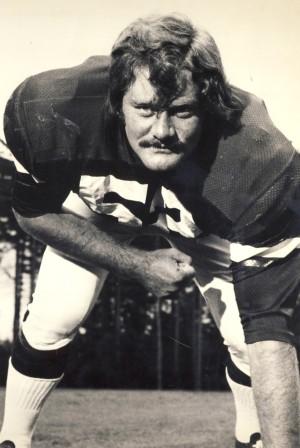