Whit Tucker was all-city in football and basketball and received the Royal Arcanum trophy as Windsor’s outstanding high school athlete in 1959.

At the University of Western, Tucker was named a Senior Intercolligate All-Star halfback and a Western Most Valuable Player in 1961.

In Ottawa, Tucker became known as a game breaker – averaging 22.4 yards per reception. Tucker scored touchdowns on 19 per cent of his receptions and was runner-up for the Outstanding Canadian award in 1968.

Whit Tucker is a member of the University of Western Ontario Hall of Fame. 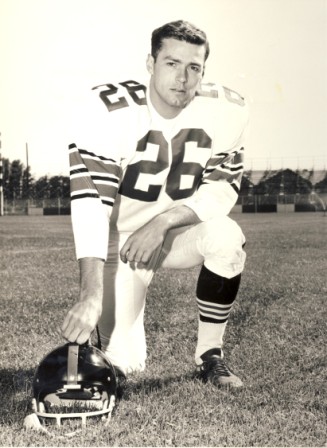