Roland “Rollie” Miles was an outstanding athlete at St. Augustine college in North Carolina, participating in basketball, baseball, and track and field.

Miles came to Canada in 1951 intending to play baseball, but was pursued by Canadian Football Hall of Fame member Annis Stukus until he agreed to play football for the Edmonton Eskimos.

Miles was a great two-way player and received All-Star recognition at three positions. Miles returned 279 punts for 2,085 yards; 88 kickoffs for 2,131 yards; intercepted 38 passes for 547 yards, and even did some punting as well.

Miles was selected the Most Valuable Player on the Eskimos three times, and held a number of club records. The Eskimos were a dynasty in the 1950’s and great players like Rollie Miles were responsible for their success. 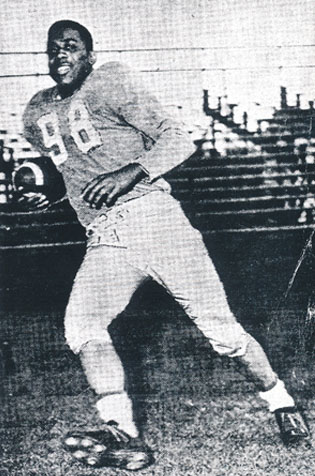