Harvey Wylie, a native of Alberta, was a prominent member of the Calgary Stampeders defensive squad.

During his nine-year career, Wylie returned 151 kickoffs for 4,293 yards and five touchdowns. His longest kickoff return was 110 yards and he led the league in returns for three consecutive years. Wylie recovered 20 fumbles, and intercepted 35 passes from opposing quarterbacks.

Wylie was an outstanding athlete who excelled in more than one sport. He received a baseball tryout with the Chicago White sox and played Junior “A” hockey in Calgary. Harvey Wylie is a member of the Alberta Sports Hall of Fame. 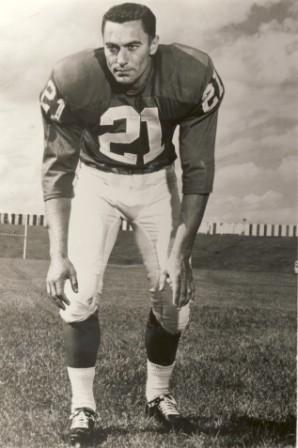