Mike O’Shea began his 16 year career as a linebacker in the Canadian Football League with the Hamilton Tiger-Cats in 1993 after initially being chosen by Edmonton in the 1993 Canadian Football Draft. O’Shea played for the Tiger-Cats for three seasons (1993-1995) before joining the Toronto Argonauts where he played from 1996 to 1999. He spent the 2000 season with Hamilton before returning to Toronto to play the final eight seasons of his CFL tenure – a total of 271 career regular season games. Through 2016, his 271 games is more than any other linebacker in CFL history and #18 among all players.

In 1999 O’Shea received an impressive collection of team and league nominations and awards. He was selected that year as Toronto’s Most Outstanding Player overall as well as their Top Defensive Player and Most Outstanding Canadian Player. He was a team nominee for Hamilton for Canadian Player 3 times (1993, 1994 and 1995) and for Toronto 3 times (1997, 1999 and 2003), going on to win the East Division Award and league finalist as top Canadian in 1999.

During his 271-game CFL career, O’Shea compiled an impressive list of statistics the most notable are his 1,151 defensive tackles – #2 all-time. Through 2016 he still ranked #7 all-time with 169 Special Team Tackles. O’Shea is second on the All-Time Toronto Argonaut Most Games Played list with a total of 205 games played. From 1997 to 2008, O’Shea missed only one game playing a full 18-game season 11 times in that 12-year span. Overall, O’Shea made 1,320 tackles – an average of almost five defensive stops per game. To those numbers, O’Shea added 22 career interceptions, 11 fumble recoveries and 30 QB Sacks. 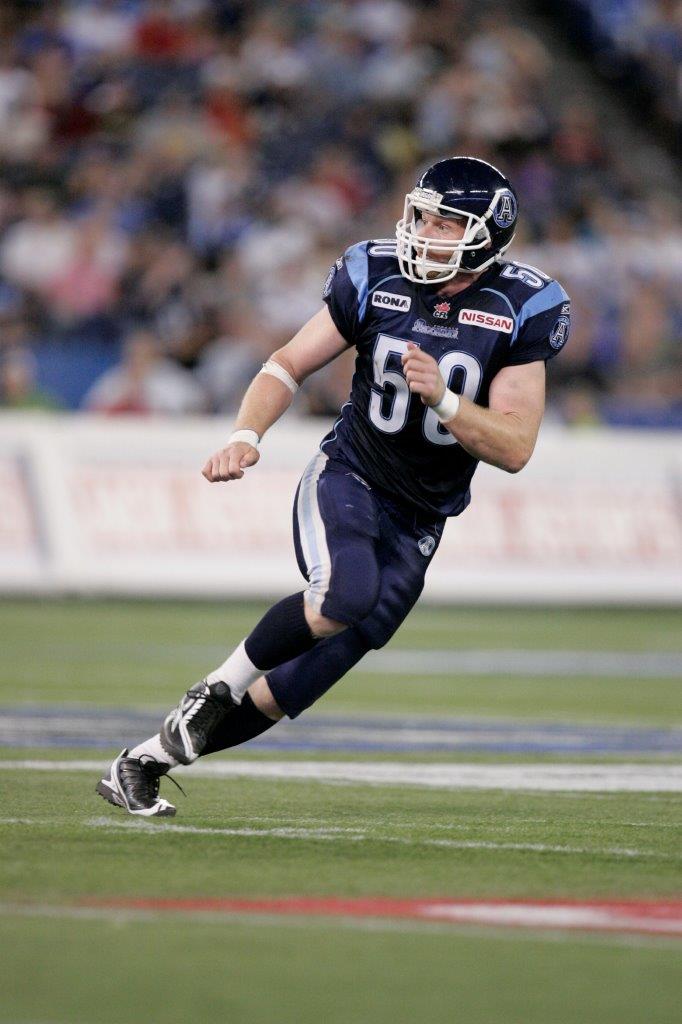