First learned the fine points of Football as a player for the Saskatoon Hilltops under perennial winning coach Dr. Bob Arn. After his playing days he joined CKCK Radio in Regina, Saskatchewan and soon became the radio voice of the Saskatchewan Roughriders.

After a one year stint in Victoria and Dallas, Texas, he returned to Saskatoon in 1960 and he spent time at both CFQC and CBC-TV. He has been on the broadcast team for Grey Cups, Olympic Games, and Briers.

Lloyd Saunders was inducted into the Canadian Football Hall of Fame and Museum, Football Reporters of Canada wing in 1986. 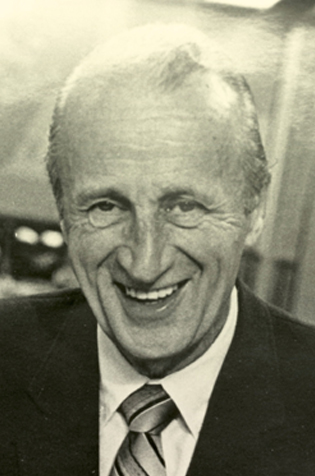