After an all-star high school career, Roger Nelson was recruited by Frank “Pop” Ivy for the Okklahoma University Football Squad. Nelson was All-Conference in the Big Seven and was co-captain in his final year.

In 1954 Ivy, who was now coaching the Edmonton Eskimos, encouraged nelson to come to Canada. After one season Nelson spent a year at ental college, then returned to the gridiron. Through the 1967 season, he was an exceptional lineman who played both ways at guard and tackle. During 1962 and 1963 he was the offensive line coach in addition to playing.

Roger Nelson’s coaches referred to him as, “…Clever…Never misses an assignment, never misses a block, never makes a mistake.” 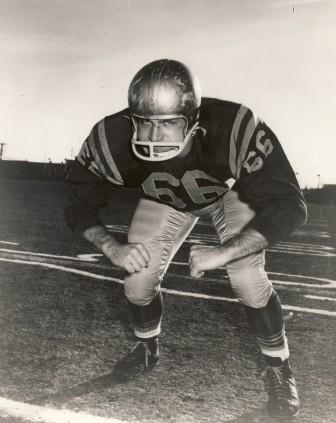