Jimmie (The Rooster) Simpson started his football career with the Hamilton Tigers in 1928 and remained affiliated with the game for almost 50 years. Simpson played outside wing at a fighting size of 5 feet 6 inches and 136 lbs., and was one of only a few to score four touchdowns in Grey Cup competition.

Following his playing days, Simpson officiated for 11 years, including Grey Cup games in 1948 and 1949. He was the Hamilton Tiger-Cats’ assistant trainer for three years, and was the head trainer from 1960 until his death in 1975. During Jimmie Simpson’s lengthy career, he was affiliated with 19 Grey Cup championships. 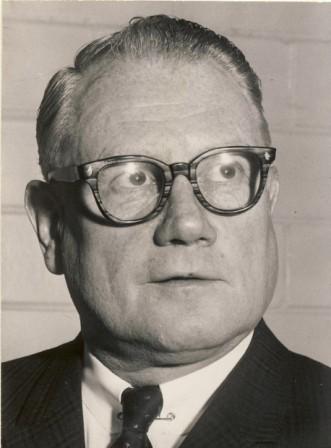