Herb Gray came to Canada after a successful amateur career at the University of Texas.

Gray was the defensive captain for nine of his ten years with the Bombers, and his “never say die” attitude made him the heart and soul of the defensive squad. In 1960 he was selected as the Outstanding Lineman in the league. He was the very first defensive player to win this honour.

Herb Gray appeared in six Grey Cup games, four of them winners. He was named the Winnipeg Defensive Player of the Half Century. 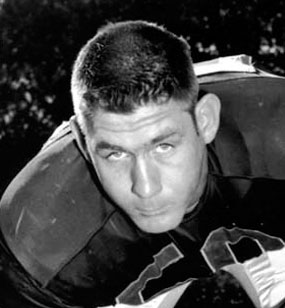