Earl Lunsford attended Oklahoma State University and began his professional football career with the Stampeders in 1956. He served two years in the United States’ military and returned to Calgary for the 1959 season.

Lunsford, a powerful fullback, was known as “earthquake”. During his six-year career he rushed 6,994 yards on 1,199 carries and scored 55 touchdowns. He was the West’s Leading Rusher in 1960 with 1,343 yards, and the League Leader in 1961 when he rushed 1,794 yards. He carried 1,000 yards per season five times, four of those consecutively, he had 28, 100-yard games during his career. During one fabulous game september 3, 1962 in Calgary, Earl Lunsford scored five rushing touchdowns. 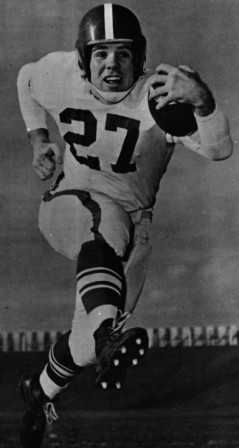