Frank Morris began his football career during the second world war, playing for navy teams in Toronto, Ontario then Halifax, Nova Scotia. Morris, and many others from the H.M.C.S. York team, joined the Toronto Argonauts after the war.

Morris, the team’s captain in 1948, was an outstanding offensive guard and defensive tackle. he was named to Toronto’s all-time modern era all-star team.

In Edmonton, Morris was co-captain in 1953 and 1954. The following year he was chosen to play in the first East/West Shrine All-Star game. During his playing days, Morris was a member of six Grey Cup winning teams.

Frank Morris was the director of player development for the Eskimos organization from 1973 to 1988 and was elected to the Edmonton Eskimo Wall of Honour in 1984. He was in charge of Canadian player personnel for Calgary in 1991. 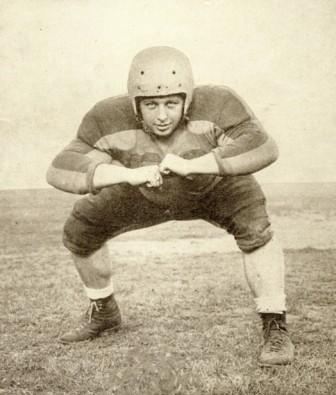