Dave Ridgway began his football career in 1974 while attending M.M. Robinson High School in Burlington, Ontario. Through the encouragement and support of his teachers and members of the Hamilton Tiger-Cats organization, Ridgway won a scholarship to the University of Toledo.

His incredible talent as a kicker was rewarded by being named CFL All-Star six times and Western All-Star seven times. He played in only one Grey Cup game, which was a momentous one for Ridgway as he kicked the winning field goal in the final seconds of the game helping the Saskatchewan Roughriders win their second Grey Cup in franchise history. 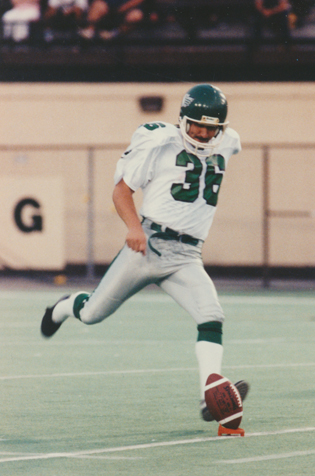