Ed Henick was born in Saskatoon, Saskatchewan on December 10, 1927. His passion was to help young men enjoy the same experiences he had in the game of Canadian football beginning with high school football at Bedford Road in Saskatoon. Henick joined the Saskatoon Hilltops in 1947 and was instrumental in helping to reorganize the team that went on to win the provincial junior rugby championship that same year. At the end of the 1948 season, he turned his attention to coaching and worked his way up the administrative ladder to the level of president, a position he held in 1963 and 1964.

Still involved with the Hilltops, Henick helped form the Saskatoon minor flag football league (1957 to 1980) and became commissioner of the Kinsmen Tackle Football League (1962 to 1982).

In 1973 and 1974, Henick was elected president of Football Saskatchewan and from 1975 to 2000 held the secretary/treasurer position. He then became president of the Prairie Junior Football Conference in 1984 and 1985, and held numerous positions within the organziation until 2000.

The Ed Henick All-Star game is played annually by the north and south high schools in Saskatchewan. 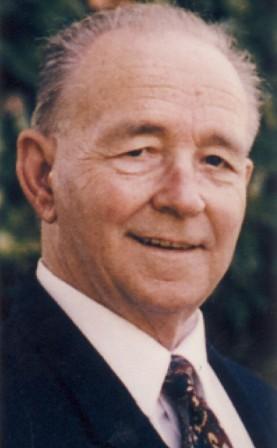