It’s five o’clock in the morning, and the hardest–working reporter in the Canadian Football League is still pounding away on his old Radio Shack 100. The Saskatchewan Roughriders had just won only their 2nd Grey Cup, and the Regina Leader-Post wants to know everything there is to know about it and keeps calling for more and more copy.

“Almost done. One more story,” says Darrell Davis, with the ever-present smile still on his face – despite the workload and the hour. This is the same upbeat attitude Darrell has shown for over 20 years of covering the football team, in a city where the Rider-Priders look to him for what they need to know – be it good or bad, he does it with integrity, honesty and the enthusiasm of the Nitty Gritty Dirt Band he so loves.

Darrell Davis was inducted into the Canadian Football Hall of Fame and Museum, Football Reporters of Canada wing in 2006. 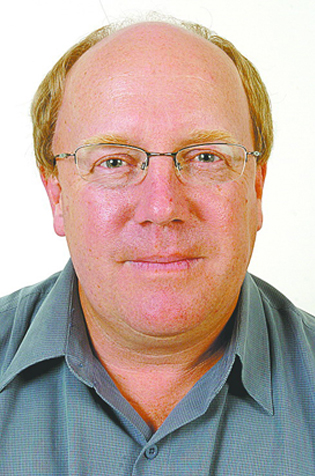