Product of Cal State-Fullerton, Allen Pitts joined the Calgary Stampeders in 1990. He spent his entire career with the Stampeders, with whom he appeared in five Grey Cup games, winning two. Tall and powerful, Pitts was a deep threat who rarely dropped a pass.

Four times during his career, Pitts was voted the team’s outstanding player by Stampeder fans and twice his teammates chose him as the President’s Ring recipient for his inspirational and motivational skills. He was selected All-Western six times, a North Division All-Star once and All-Canadian six times. He was the Western Division nominee for most Outstanding Player in 1999. 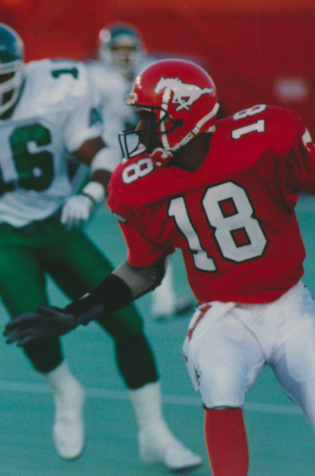