Some of Fryer’s university highlights include him scoring five all-purpose touchdowns in a single game during the 1973 season. During the 1974 season, Fryer was the first player in CIAU (now the CIS) history to have over 1,000 yards, and he also set the single game record for receiving yards with 227. Fryer’s final achievement of his university days was winning the inaugural Bill Woywitka Trophy for being the Most Valuable Player on his team.

Once Fryer’s playing days with the University of Alberta were over, he was selected by the Washington Redskins 234th overall in the NFL Draft, where he signed a three-year deal with Washington and became the first Canadian trained at a Canadian university to be drafted and signed by a NFL team. In 1978, Fryer signed with the Edmonton Eskimos and was part of the Eskimos dynasty that won five straight Grey Cups.

Since Fryer’s retirement, he has been the Executive Director of Football Alberta and in 2008; he was inducted into the Alberta High School Sports Hall of Fame. 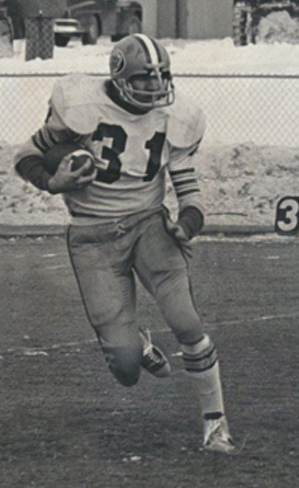