Willie Pless brought his talents to the Toronto Argonauts in 1986. During his 14-year career he played 250 regular season games with four different teams and made 11 CFL All-Star teams. Pless became the league’s All-Time leading tackler before retiring following the 1999 season.

During his four years in Toronto, he was named an All-Eastern twice, All-Canadian twice, and the Most Outstanding rookie in the Eastern Division. In 1990, he was traded to the BC Lions and although he spent only one season on the west coast, he was named All-Western as well as All-Canadian.

In 1999, he made his last stop in the CFL, joining the Saskatchewan Roughriders as a free agent. In Saskatchewan, he recorded 102 tackles, was named the teams most Outstanding Defensive Player, and named All-Western in the final season of his stellar fourteen-year career. 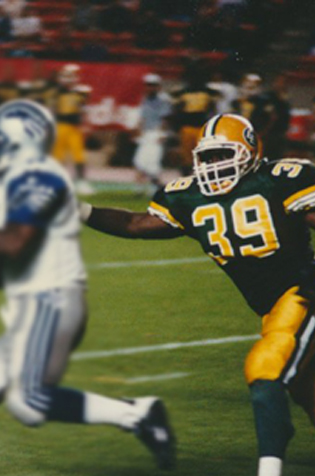