For over 25 years Al “Rocky” Ruckaber was a fixture at Calgary’s McMahon Stadium. Though the Stampeders franchise discarded head coaches at an alarming rate through the lean years of the 1980s, Al was firmly entrenched as the Calgary Sun’s “football boss”.

Ruckaber’s simple, clean style gained him recognition as one of Canada’s finest beat writers, starting in 1977 with The Calgary Albertan, and then later when the paper was re-launched as The Calgary Sun in 1980.

A native of Midale, Saskatchewan, Ruckaber long harboured aspirations of one day playing in the Canadian Football League, and tasted that dream by covering the football beat by displaying the same passion that most athletes show playing the game.

He covered the Stampeders in 3 Grey Cup titles, (1992, 1998, and 2001) before he hung up his always borrowed pen and his notebook and retired to Powell River, British Columbia.

Al Ruckaber was inducted into the Football Reporters of Canada section of the Canadian Football Hall of Fame and Museum in 2005. 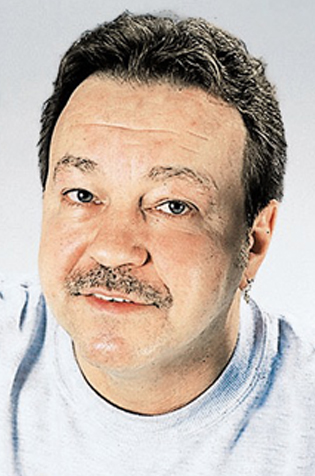