Rod Connop had two years of college eligibility remaining when he joined the Edmonton Eskimos as a first round selection following the 1982 CFL draft. Connop made the squad as a rookie, starting on the offensive line for a team that ultimately won its fifth straight championship in 1982. During his time in Edmonton he developed into a team leader.

Connop spent sixteen seasons with the Eskimos. He retired in 1998 as the team’s all-time leader in games played with 303. He also played 23 playoff games and six grey cups. 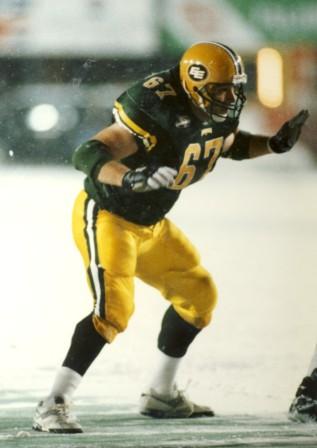