Anthony (Tony) Golab was known as the “golden boy” during his football career. He was one of the game’s finest backfielders and was All-Canadian almost every year he played.

Golab appeared in four Grey Cup games, but the 1941 contest was the most memorable. After kicking a high, short punt, Golab rushed up and recovered the ball, then ran it in for a touchdown.

After being seriously wounded during the Second World War, Golab returned to star on the gridiron for several more seasons.

Tony Golab is a member of Canada’s Sports Hall of Fame, and was named to the Order of Canada in 1986. 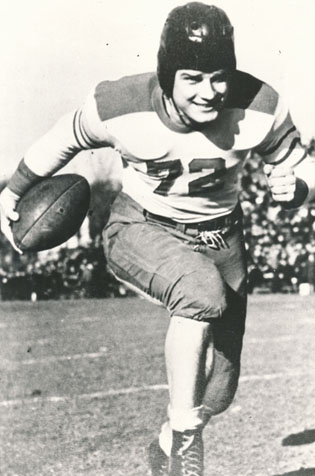