Tom Brown received immediate recognition for his many talents. He was an integral part of the Lions’ defensive unit known as the “Head Hunters”. BC appeared in the 1963 and 1964 Grey Cup game, winning the championship in 1964.

In 1965 Brown suffered a neck injury, which he aggravated during the 1966 training camp. This led to his early retirement in 1967.

Tom Brown is a member of the BC Sports Hall of Fame. 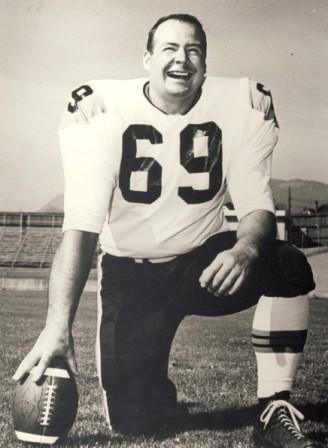