Following his graduation from the University of Denver, Sam “The Rifle” Etcheverry was recruited by Douglas “Peahead” Walker.

Beginning in 1952, and continuing through the 1960 season, Sam completed 1,944 passes for 30,435 yeard, and threw 183 touchdown passes. His longest completed pass of 109 yards was to Hal Patterson in a game against Hamilton September 22, 1956. During single games in 1954 and 1956, Sam passed for 586 yards and 561 yards respectively. Twice he threw six touchdown passes in one game, and he was the country’s pass completion and passing yardage leader from 1954 through 1959. Sam was Montreal’s nominee for the Outstanding Player award five times. 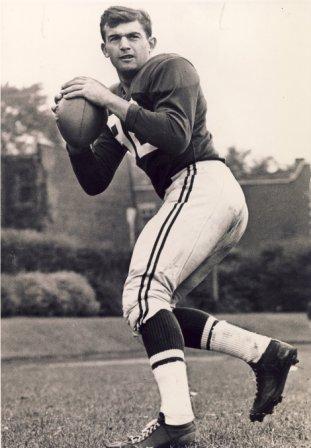