Arthur Stevenson came to Canada after a brilliant playing career at Hastings College in Nebraska. In 1937 a reporter described him as “one of the finest all-around backfielders in College Football”.

Stevenson was an accomplished runner, passer, and kicker he was the West’s Leading Scorer in 1941. Winnipeg went to the GreyCcup Championship four of the five seasons Stevenson was on the team. He scored in the 1938 game and the following year kicked the winning point to lead his squad to victory over the Ottawa Rough Riders. The 1939 game was impressive since the squad was playing under unfamiliar rules and in an Ottawa snowstorm as well.

Arthur Stevenson is a member of the Winnipeg Football Club Hall of Fame. 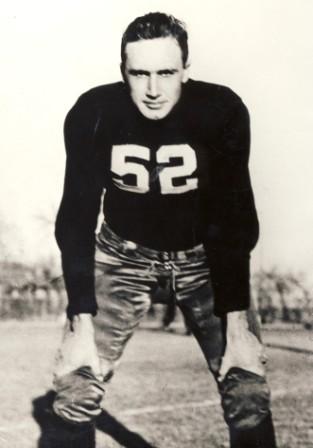