Throughout his career, Ron Atchison was known for his toughness and durability. During his 17-year career with the Roughriders, he played Offensive Centre, Defensive Middle Guard, and Defensive Tackle.

Ron “Atch” Atchison was described by a western reporter who wrote, “In combat he is fierce, aggressive, and ruthless. When the heat of battle has died away he is warm, friendly, articulate companion.”

Ron Atchison is a member of the Saskatchewan Sports Hall of Fame. 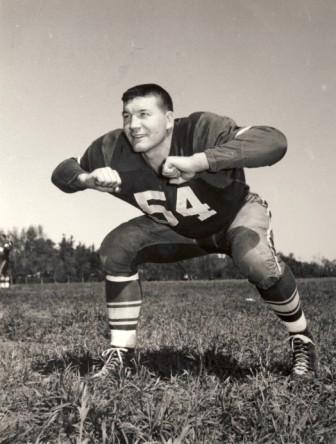