Kaye Vaughan played with a quickness, strength and intelligence that earned him All-Star Honours at four different positions. In 1956 and 1957 he was selected to both the offensive and defensive squads and won the Schenley Most Outstanding Lineman Award. While Vaughan did not often handle the ball, he recovered a fumble and scored a touchdown in Ottawa’s 1960 Grey Cup victory.

Kaye Vaughan is a member of the Ottawa Sports Hall of Fame. 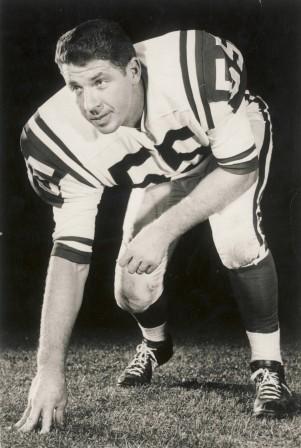