The FRC finally got it right, welcoming Lowell Ullrich of the Vancouver Province into the media section of the Canadian Football Hall of Fame. Which begs the question: What took so long? Ullrich, who joined The Province in 1979, has covered the B.C. Lions impeccably since 1999, blanketing the team with the kind of beat reporting that would make the team’s defensive co-ordinator proud.

Whether it’s writing for the newspaper, its website, blogging, tweeting, posting video or live-chatting for a podcast, this journalist’s journalist has brought a professionalism to his craft, a thoroughness not often seen in today’s get-it-first world of social media. That’s because Ullrich, while wanting to be first, realizes it’s more important to actually get it right, knowing his reputation’s on the line with every word he thoughtfully crafts. Ullrich could have thrived in any era of journalism because, quite simply, he has a nose for news; a curiosity that remains as prevalent today as it was all those years ago as a cub reporter. His work ethic is unparalleled, as those who have “vacationed” with him can attest.

And they would also suggest his bark is worse than his bite. Well-rounded, Ullrich has also covered triple-A baseball, Whitecaps soccer and Grizzlies basketball,making him a glutton for punishment. And he spent six years as the Province’s sports editor – but don’t hold that against him. 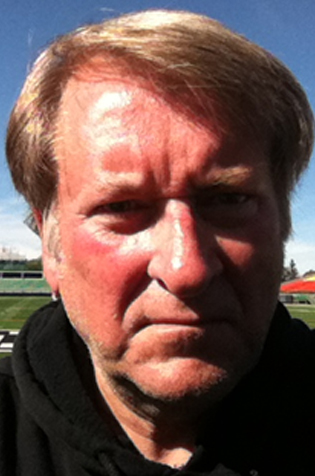