Ben Cahoon played his entire 13-year career with the Montreal Alouettes, where he is considered one of the greatest receivers in CFL history. Throughout his career, Cahoon played a total of 224 games with Montreal.

Cahoon’s most successful season was during the 2003 season, where he caught 112 passes for 1,561 yards. With that successful season, Cahoon won his second CFL Most Outstanding Canadian award and was the Most Outstanding Canadian in the Grey Cup. During the 2010 season, Cahoon became the Canadian Football League all-time career reception leader, with 1,017 career receptions.

That record stood until 2013, when Geroy Simon broke the all-time reception record. 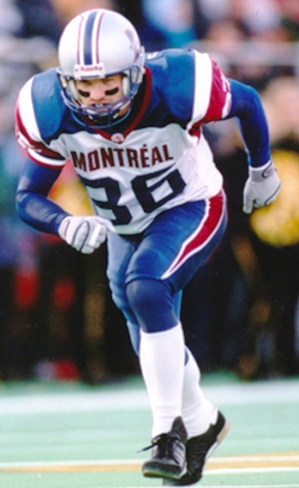