Joseph M. (Joe) Breen excelled in football, baseball and track & field. After serving with the Canadian Engineers in the First World War, he returned to star at the University of Toronto. He captained the squad to Grey Cup victory over the Argonauts in 1920.

Breen coached at the University of Western Ontario from 1929 to 1934 and instilled in his men a fine knowledge and a determination to win. The team won the Intercollegiate Football Championship in 1931. Joe Breen is a member of Canada’s Sport Hall of Fame. 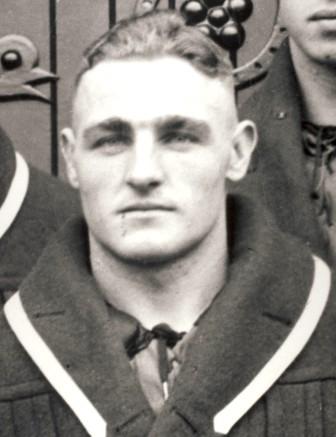