Jack Sullivan joined the editorial staff of Canadian Press in 1948, where he covered a wide variety of sporting events including: the Commonwealth Games, Olympics, Stanley Cups, and of course the Grey Cup.

Sullivan was known for entertaining and accurate columns, being referred to as the ‘newsman’s newsman’ by his fellow sports writers.

In 1975, Sullivan became head researcher with CBC, where he was responsible for forming an informational database on sports providing sportswriters and other members of the media with reliable background information and improving the accuracy of sports reporting. Sullivan also authored the book The Grey Cup Story. This book was a compilation of Sullivan’s research relating to the Grey Cup and featured at that time unpublished stories and statistics relating to the Grey Cup.

Jack Sullivan was inducted into the Football Reporters of Canada section of the Canadian Football Hall of Fame and Museum in 1994. 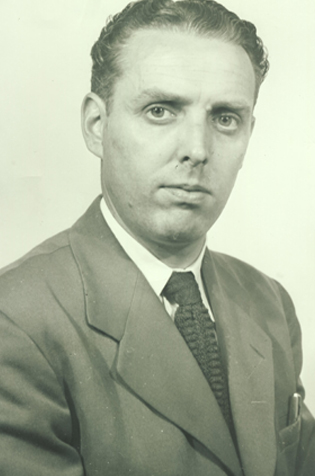