Bill Baker played Junior Football with the Regina Rams while still eligible for high school competition. For four seasons, he was a first team All-Star player at Otterbein College in Ohio.

Baker’s credo was “Your opponents are only as tough as you let them be”. Throughout his 174 game career, the “Undertaker” was known for his ferocious pass rush. A Baker forearm to the head was greatly respected by opposing quarterbacks who came within range. Bill Baker was inducted into the Saskatchewan Roughriders’ Plaza of Honour in 1990. 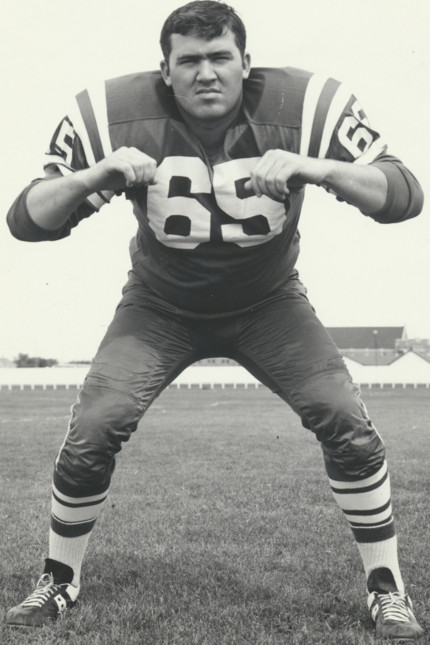