Frank Rigney played football at the University of Iowa. He was the third draft choice of the Philadelphia Eagles, but came to Canada to play with the Winnipeg Blue Bombers.

Rigney anchored the offensive line during an era when the Blue Bombers, under hall of fame coach Bud Grant, were frequent Grey Cup winners. Rigney was selected as the West’s outstanding lineman in 1960 and 1961. In 1961 he was also chosen as the CFL’s best lineman.

Frank Rigney is a member of the Winnipeg Football Club Hall of Fame. 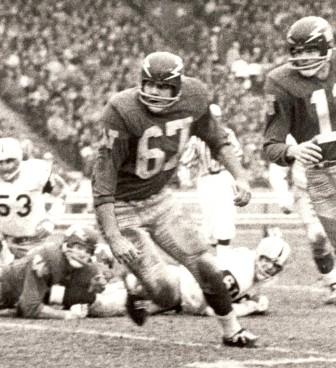