Born Octover 23, 1962 in Manchester (Catonsville), Maryland, Doug Flutie played college football at Boston College. His “Hail Mary” touchdown pass in a game vs Miami on November 23, 1984 is considered among the greatest moments in College football and American sports history.

Doug Flutie was voted the #1 CFL player of all time by TSN in 2006. He is a member of the Canada’s Sports Hall of Fame and the College Football Hall of Fame. 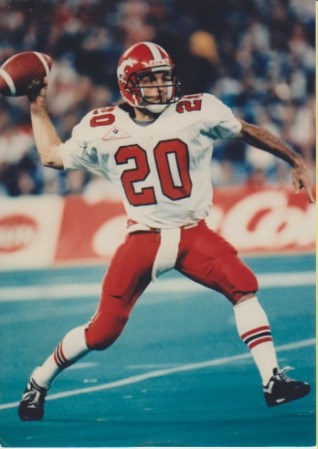