Brian Williams may be best known for hosting network broadcasts of the Summer and Winter Olympics and other high-profile sporting events around the globe, but by his own estimation he has also covered 30-plus Grey Cups. Upon joining CTV in 2006, he was asked to become part of The Sports Network (TSN) regular broadcasts of Canadian Football League (CFL) games, a task he relished as a journalist because it allowed him to interview the people involved with the league as it continued growing from a floundering enterprise to a strong institution in all its markets.

Born in Winnipeg, Manitoba, Williams worked for Toronto radio stations CHUM and CFRB before being hired by the CBC in 1974. His work has earned him six Gemini Awards, among other accolades, and a reputation as the dean of Canadian sportscasters.

Brian Williams was inducted into the Canadian Football Hall of Fame and Museum, Football Reporters of Canada wing in 2010. 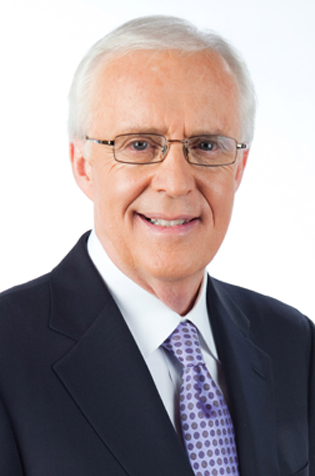