Tony Pajaczkowski was widely recognized for his desire, strength and brute ability. “Paj” was always in top physical condition and was a great motivator.

In Pajaczkowski’s second year, he was moved over to guard by coach Jack Hennemier. Paj was initially reluctant to make the change, but through hard work he became one of the all-time greats at that position.

Tony Pajaczkowski was Calgary’s Nominee for the Schenley Most Outstanding Canadian Award three times. After being runner-up in 1960, he won the award in 1961. 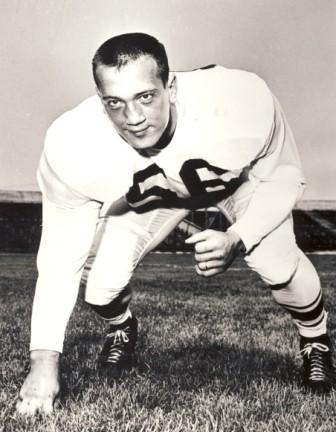